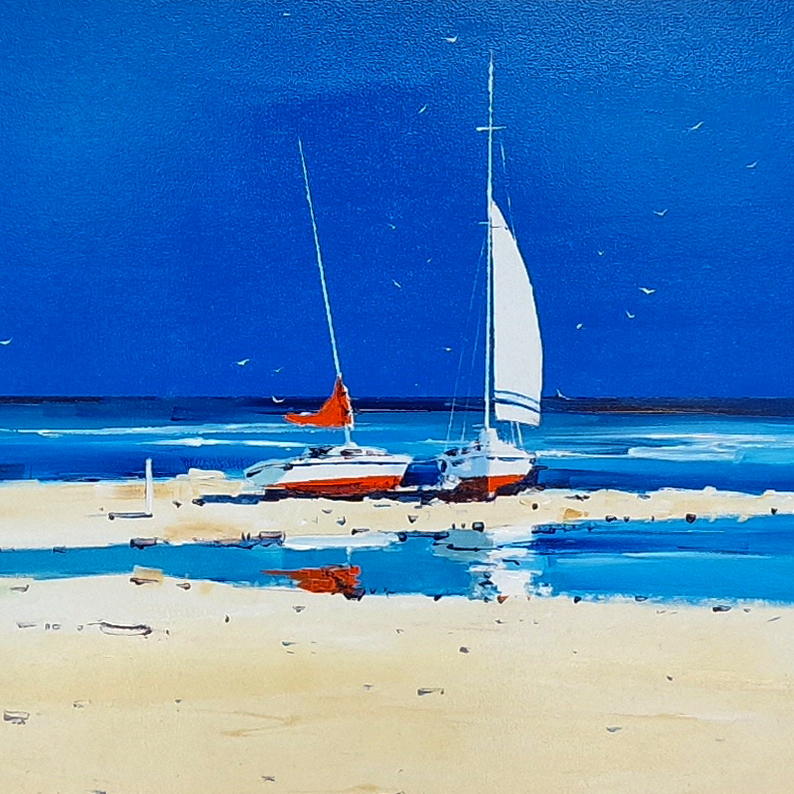 Gary Sams is a British artist who now lives and paints in Alicante, Spain. Gary was born in Surrey and moved further South to Poole Dorset when he was 5 years old.

His earliest memories of art were drawing dinosaurs and constantly making marks and scribbling on whatever he could find, which led his parents to buying him a set of paints, and he never looked back. So, crayons, chalk etc developed into pastels, poster paints, then oils, and then eventually watercolour.

When he turned 19, he attended the Arts Institute in Bournemouth from 1994-97 where he studied Illustration. There Gary learned a variety of techniques and mediums, and gained experience, including 3 years of life drawing which he very much enjoyed.

However, whilst attending he discovered the Old Masters like Turner, John Singer Sargent and Edward Wesson and fell in love with Impressionism. He soon discovered that light, shadow and a simplistic approach had a much more powerful impact than a painting that looks like a photograph.

Gary’s biggest aim in painting is to touch someone on a deeper more personal level and evoke a more powerful response much like a beautiful piece of music.

Painting is an enlightening and personal practice in Gary’s life, and he regards it as a form of meditation that keeps him in a “present state of mind”.