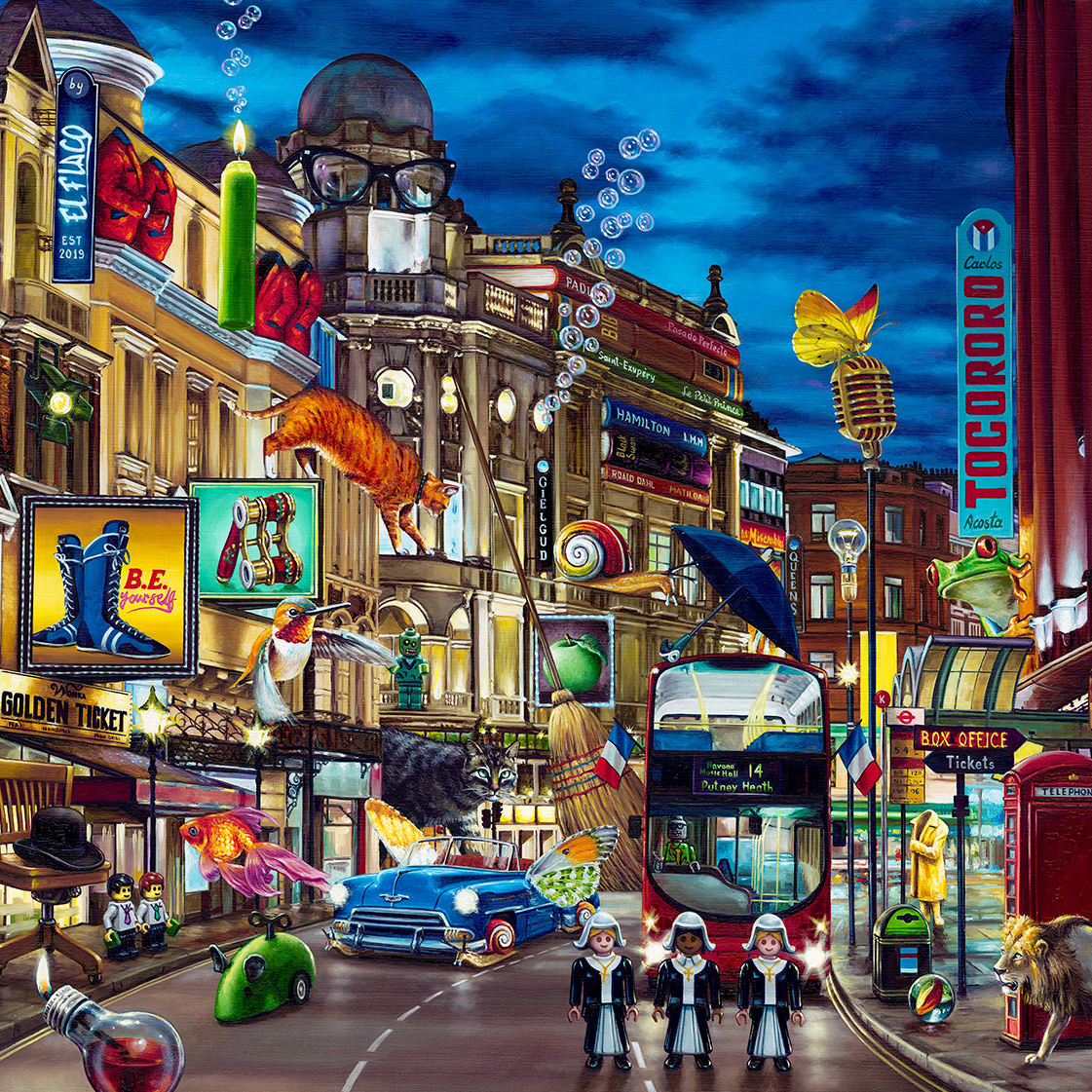 Alberto Martinez Art: If Alberto Martinez had followed in the footsteps of his father …a tractor driver is exactly what he would have been!  Alberto was born in a very small Cuban village in 1977, surrounded by sugar cane plantations. This was where Alberto first delved into art, drawing the steam engines pulling the cane laden trucks.

Alberto was fortunate to be encouraged by family and friends, who recognised his artistic potential, which led to Alberto obtaining a place at the Fine Arts Academy, ‘Oscar Fernandez Morera’ in the beautiful city of Trinidad. He initially studied sculpture, but switched to painting when he started experimenting with oil on canvas. His knowledge of sculpture is still very influential in his use of shapes, spatial composition and overall style.

Alberto had a number of exhibitions in Cuba after graduating before he made the transition to Brighton, England in 2005, where he continues to live and work.

Blessed with a great sense of humour and fun he says he inherited from his dad, his work starts with an initial idea which he tends to develop in the small hours, when ‘rational thinking is asleep’. Alberto has a very surrealistic style, a blend of wit, imagination, hidden meaning and nuance, exploring the issues of modern man through landscapes and cityscapes, littered with dream-like imagery. He distorts reality in support of fascinating narratives, reflecting his keen sense of history, also his understanding of political science and the changing nature of the global society.

Alberto’s work is distinctive by his use of colour, incredible detail, wit, humour and a variety of intriguing elements that intertwine to challenge our conventional views of the world. He draws inspiration from the challenges presented by his move to England in his intricately crafted stories.